If you like to ski and snowboard, here are some great destinations in Bulgaria in which you can spend your winter holidays. 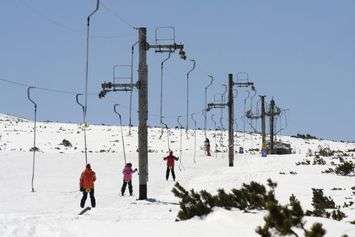 Borovets (a.k.a. Chamkoria) is a first class resort situated in the north flank of Rila mount. At the end of 19th century it was established as a hunting residence for the Bulgarian king. Since then, it has grown into the biggest winter sports resort in Bulgaria. Borovets has even hosted World Cup Alpine Skiing twice.

The town of Borovets has very good ski facilities. The ski runs are supplied with number of chair lifts and drag lifts. The resort has a snow making system, covering an area of above 20 hectares. The runs are sound-tracked and lit up by modern lighting systems, allowing night skiing. Variety of many different inclines and types of snow offer the best opportunities for ski enthusiasts of all levels, from the absolute beginner to the extreme high performer.

Pamporovo is located in the heart of Rodopi mountain, at 1650 meters above sea level. The climate is very mild during the winter (annual average temperature 5.5 C). The resort has the biggest number of sunny days per year in comparison with all other mountain resorts in Bulgaria. The tourist season starts at December and continues until the end of April. Pamporovo is mainly winter resort, because it has been adapted mostly for ski sports.

Almost all ski-tracks start from the near Snejanka peak. The mountain peak is one of the One hundred national tourist sites of the Bulgarian Tourist Union. 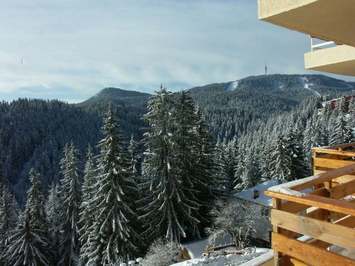 The resort is suitable for ski and snowboard, hiking, spa. Pamporovo provides activities for the children too – ski school and kindergarten.

The picturesque town is located in the north slope of Pirin mountain. As the climat is mountain-like there is abundance of snow from December till April.

The archeological traces date back to 100 BC and the period of the Roman Empire. However, what is most interesting for the tourists is the old town and its 18th century traditional Bulgarian style. The town was part of the Ottoman Empire and enjoyed a self-rule autonomy which made it prosperous. It is also famous with the first Protestant church in Bulgaria which was founded in 1868.

Today Bansko is an attractive resort for both summer and winter tourism. A new gondola lift starts from the town itself and rides up to the ski slopes of Todorka peak. The ski-tracks are suitable for all level skiers. Since the 2008-2009 season Bansko has been hosting the ladies’ races from the Alpine Skiing World Cup.

Recently, the town has gained international popularity because of the annual Bansko Jazz Festival.

If you don’t travel with a car, here is how you can get to one of the above mentioned resorts:

Once you land in Sofia, you can get a bus from the Central Bus Station. Tickets can be purchased there.

To find the perfect hotel, we advice you to check Tripadvisor.