In our previous article about Bulgarian sea resorts we presented you with some of the largest and most popular Black sea vacation places in Bulgaria. In this article we will show you some smaller sea resorts which, however, have a big history. All of those settlements have been founded in ancient times and have some of their former glory preserved. Those are towns where you can find both golden sand beach holiday and a cultural trip to the past. 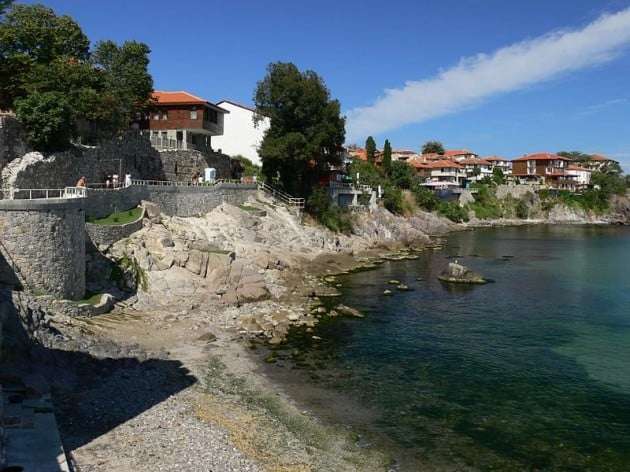 View of the town
Photo by PL Przemek

Sozopol is one of the oldest Bulgarian towns, its first settlement dating back to the Bronze Age. The current town was founded by Greek colonists in the 7th century BC and was initially called Antheia. Soon the town was renamed Apollonia, because the city temple dedicated to Apollo used to contain a famous colossal statue of the Greek god.

Apollonia was located on an islet which is now connected to the mainland with a narrow piece of land. Its inhabitants, mostly Greek, lived by fishing and agriculture. The town soon established itself as a trade and cultural center, having strong relations with the ancient Greek cities. During the 1st century AD, the name Sozopolis began to appear in written documents and coins. 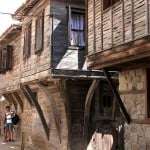 Houses in the old town of Sozopol
Photo by Martyr

During the centuries, Sozopol was part of the Byzantine, Bulgarian and Ottoman empires. After the Bulgarian independence war in the 19th century, Sozopol became part of the new Bulgarian kingdom.

Sozopol is located 53km south of Burgas. It is a major seaside resort famous with its golden beaches and the Apollonia art festival which takes place every September. The buildings of the old town are preserved in 18th-19th century Bulgarian style but there are also some remains from the ancient Greek era. In fusion with the ancient atmosphere, Sozopol offers a lot of modern and comfortable hotels.

Fortification in front of Nesebar

Until the Middle Ages, Nesebar was known as Menebria (by the Thracians) and Mesembria (by the Greeks). It was originally a Thracian settlement which later became a Greek colony. Mesembria became an important trading center and a rival to Apollonia. At the 1st century BC, the town fell under Roman rule, but managed to keep its autonomy. 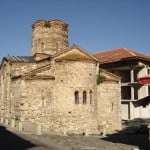 Church of John the Baptist, Nesebar
Photo by Gérard Janot

During the Middle Ages Nesebar was often fought over by the Byzantine and Bulgarian empires. The Bulgarian variant of the name, Nesebar or Mesebar, was first attested in the 11th century. The Turks captured the town in the 15th century. Nesebar reunited with new Bulgarian kingdom in 1885, after the independence war.

Nesebar, or “The Pearl of the Black Sea” contains many historic sites such as an ancient acropolis, temple of Apollo and part of the defensive ancient wall. There are over 40 churches in Nesebar, wholly or partly preserved. The town’s rich history and abundance of historic buildings made it part of the Unesco’s World Heritage Sites.